"Carbon neutral" as a target

Between 2015 and 2018, the ENGIE Group halved its CO2-emissions. Today, the Group is aiming to go a step further by working with its 24 million customers to realise the carbon neutral transition. The ENGIE Group is active in 20 countries, 30 metropolitan areas and 500 large, international companies. The Group has 171,100 ‘Imaginative builders’, all of whom are energy and service professionals. 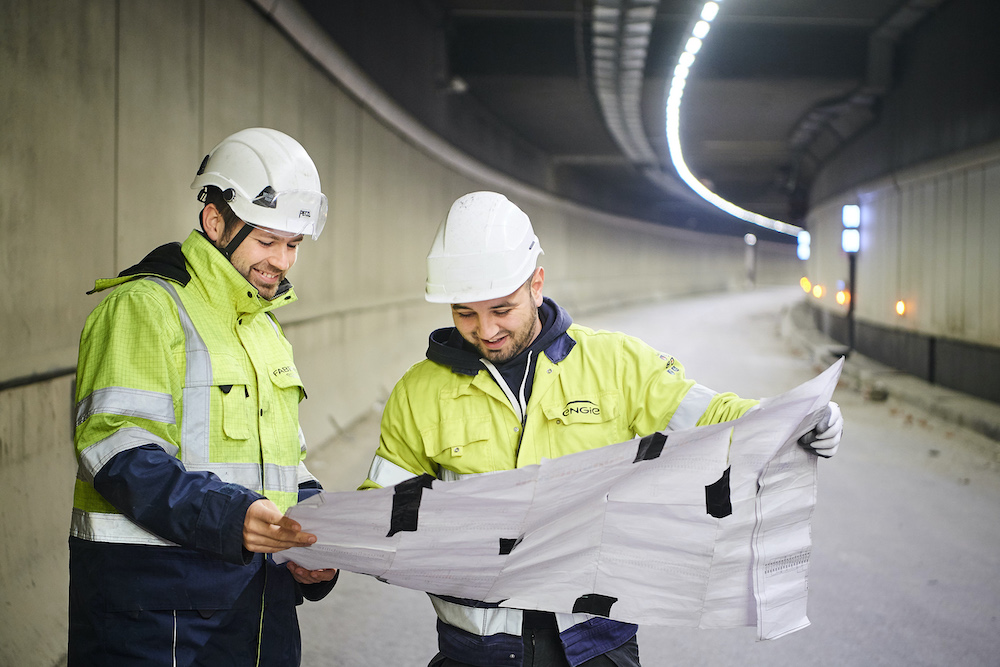 For over 180 years, ENGIE has been adapting to the challenges the energy world is facing and the changing needs of its customers. Our ambition? To enable a carbon neutral transition. In order to realise this, ENGIE places responsible growth at the heart of its three companies: electricity, gas and energy services. By means of successful and innovative solutions.

By taking account of ‘Planet, People and Profit’ for a positive impact.

Combining the ‘Planet, People, Profit’ principle enables the three cornerstones of sustainable development to be embedded within the world of business. ENGIE assesses the social and climatic impact within the organisation's performance criteria, on top of the traditional economic considerations.

To progress further, ENGIE has 3 priorities:

ENGIE has already halved its direct CO2-emissions. To go a step further, we are thinking of solutions for tomorrow.

A new brand campaign "No Energy To Waste" was launched early January by the ENGIE Group in France. With this campaign, ENGIE reminds everyone of the climate emergency, as well as the Group's commitment to the development of renewable and low-carbon energies accessible to all.

ENGIE uses cookies in order to ensure the proper functioning of its website, to personalize it according to your interests and to optimize your browsing experience. Some cookies allow us to personalize our advertising messages via online banners or direct messages.

Cookies that collect information about the way visitors use our website (pages visited, average duration of the visit, ...), to improve its functioning, to adapt its content to the wishes of visitors and to optimize your surfing experience.

Cookies that collect information about your website behaviour with a view to serving you advertising or content in which you are interested, not only on our websites and apps, but also elsewhere via banners and/or direct messages (such as e-mail, text message, by post, etc.). This may also include third-party cookies to improve the content and operation of our website and apps, or to monitor and optimise ENGIE banners on other websites or other apps. With these cookies you can also share the content of our websites and apps with other people via social media.